Land Cover In The Nile Basin

Among the environmental variables, topography is of special importance. Topographic variables comprise altitude, slope and aspect. The patterns of altitude, slope and aspect bring about the patterns, the heterogeneity and the complexity of climate, soil, vegetation, fauna, land cover and land use in connection with socio-economic interactions. In Nile Basin, agriculture is found in all categories of elevations but mainly in low lying areas (less than 502 m) and medium elevation areas (890 – 1,454 m) and also practiced in some steep slope areas. Forest is dominant in the elevation range between 500m and 2,159 m and shrub land is dominant in the elevation range between -47 and 1,454 m and in steep slope areas (30 – 33 degrees). Bare areas are dominant in low lying areas, mainly desert area of the Main Nile but there are also significant bare areas in steep slopes. 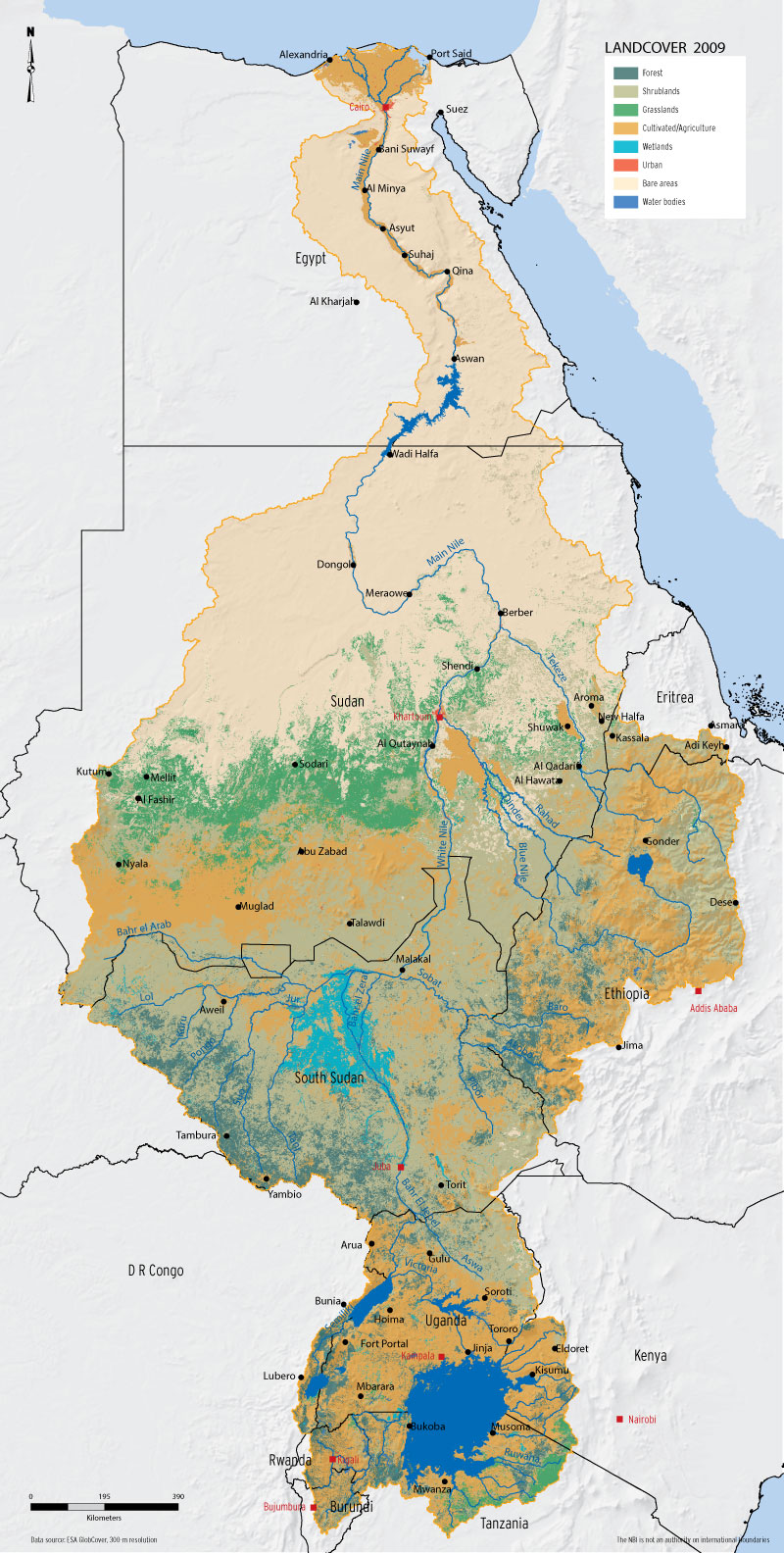