Agriculture is a major livelihood source in the Nile Basin, sustaining tens of millions of people. It provides occupations for more than 75 per cent of the total labour force and contributes to one-third of the GDP in the basin (IWMI, 2012). Enhancing agriculture could directly contribute to poverty alleviation in the region as most of the poor live in agricultural areas, and are therefore largely reliant on agriculture as their primary (and often only) source of income and living. Increased agricultural production can also be effective to reduce the cost of living for both rural and urban poor through reduced food prices (OECD,2006).

Countries and settings within the Basin exhibit considerable variability in terms of their livelihood sources, though dominant sectors of employment/income remain the same for all countries. For example, agriculture sector contributes over 40% of the value added to GDP in Ethiopia, Sudan, Burundi, Tanzania and Rwanda and in the vicinity of 40% in Kenya, Uganda, and Congo DR and slightly above 10% in Egypt.

Food production in most of the Nile Basin Partner states have not kept pace with the population increase over the past four decades. As a result, the Nile basin is the one region where per capita food production saves for Egypt is roughly constant at a level that is less than adequate. And much of the agriculture is not commercially oriented and is characterized by small landholdings, low inputs use, and low crop yields. Agricultural support services including input supply, credit, agro-processing, and marketing channels are poorly developed, which along with other multiple market failures, discounts returns to agriculture (value added per worker). 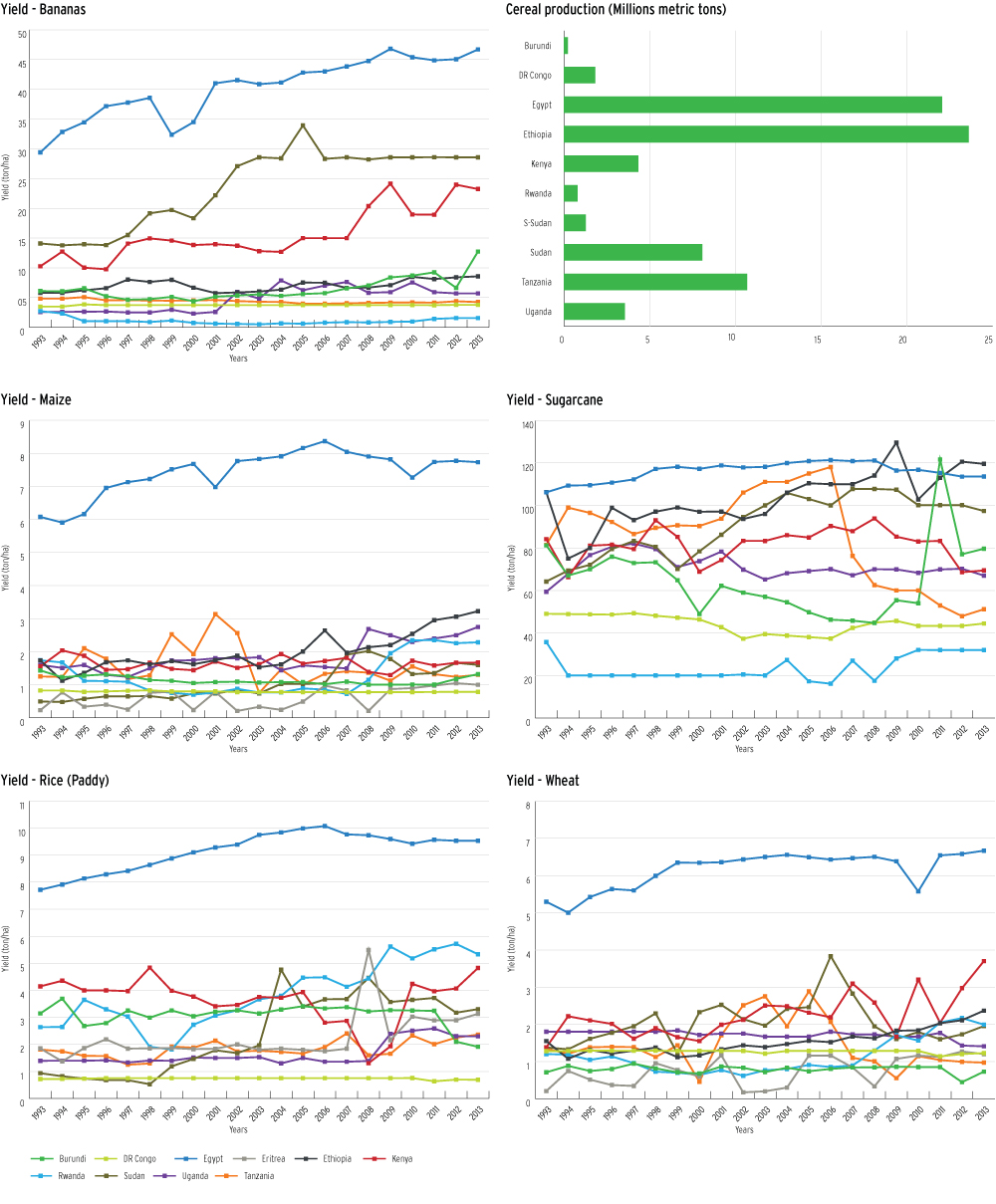 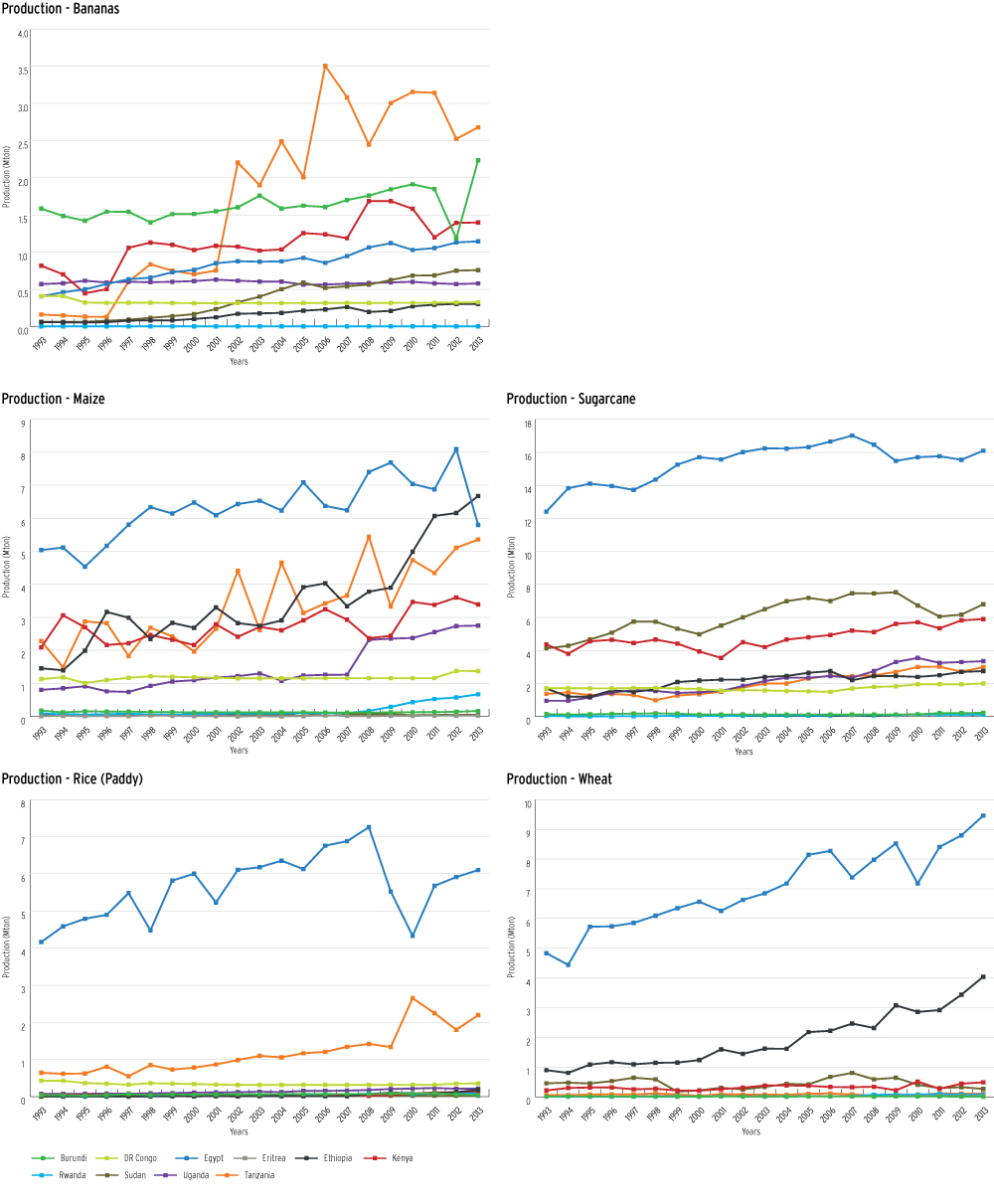